How to Gain Indulgences in Lent 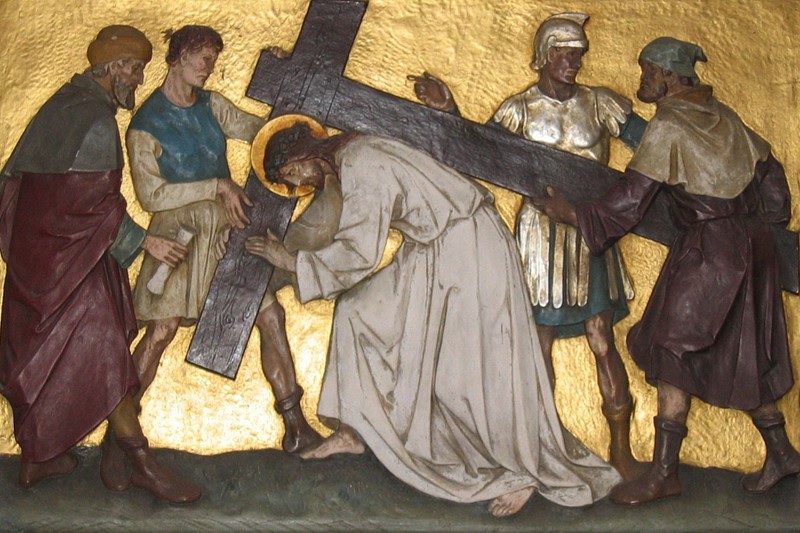 Lent is a time for fasting from any number of things — favorite desserts, hypnotic television, and pervasive texting. On the other hand, this is naturally not time to fast from the spiritual goods.

In fact, we can increase the spiritual goods in Lenten fashion and at the same time gain several plenary indulgences — an indulgence which removes all the temporal punishment due to sin — not just to apply to ourselves but to especially to those in purgatory. That is a spiritual work of mercy that’s a great partner with any fasting. In fact, gaining the indulgence might require some sacrifice, especially of time. That would bring in some fasting from non-essentials like social media.

First, let’s look at four indulgenced works ideal for Lent. Then we’ll have a short refresher on the basic three conditions necessary to gain a plenary indulgence.

The basic way is that the faithful “personally make the pious Way of the Cross.” If anyone is a shut-in, don’t stop reading and don’t worry. We’ll see how the manual helps you toward the same indulgence.

The manual prescribes that this “pious exercise must be made before stations of the Way of the Cross legitimately erected.”

The manual also reminds that for the Way of the Cross, there have to be 14 stations “representing the 14 stations of Jerusalem.”

Then, this reminder. “Progression from one station to the next is required. If the pious exercise is made publicly, and moving from station to station by all participants is not possible without inconvenience, it is sufficient that at least the one conducting the Way of the Cross progress from station to station, while the others remain in their place.”

If we’re in a church during the weekday and making the Way of the Cross alone, naturally, we have to move from station to station. If we’re in church with many parishioners and visitors, we remain in our place while only the priest, maybe accompanied by servers bearing candles, moves from station to station. Some people like to make a slight reverential turn toward each station, which is fine, of course.

And if alone you physically can’t make the Way of the Cross by walking to each one either in a church or outdoors, not to worry. The manual gives this answer: “Those legitimately impeded can acquire the same indulgence, if they spend some time, e.g., at least a quarter of an hour, in reading and meditating on the Passion and Death of Our Lord Jesus Christ.” That brings in Scripture. And remember there are various kinds of booklets with the Way of the Cross to help you do this also, with pictures to help. One of the most popular was composed by St. Alphonsus Ligouri.

We’re also told this: “According to common custom, the pious exercise consists of 14 devotional readings, to which some vocal prayers are added. To make the Way of the Cross, however, it is sufficient to meditate devoutly on the Lord's Passion and Death, and therefore reflection on the particular mysteries of the individual stations is not necessary.” This broadens the possibilities.

Such a gift of this plenary indulgence from the Church can be gained once a day. It promotes heading to church more than on Sunday. Maybe daily for those who can. Or at least during some extra times during the week. This is a Lenten sacrifice that’s tiny compared to the inestimable spiritual benefits you can gain for yourself and for souls in purgatory.

The second prescribed work is the Rosary. “Devoutly recite the Marian Rosary in a church or oratory, or in a family, a religious community, or an association of the faithful, and in general when several of the faithful gather for some honest purpose,” states the manual of the basic ways. The first three are most applicable for everyone for Lent: in a church, or an oratory, or in a family. Families saying the Rosary together are a wonderful Lenten practice. The manual does remind the five-decade rosary is sufficient but all five decades have to be done without interruption.

The third work is Eucharistic Adoration. “Visit the Blessed Sacrament for adoration lasting at least a half hour.”

The fourth work is reading or listening to Sacred Scriptures. “Read the Sacred Scriptures as spiritual reading, from a text approved by a competent authority, and with the reverence due to the divine word, for at least a half an hour; if the time is less, the indulgence will be partial.” Or if you’re unable to read it, you can listen to it being read.

There are three necessary conditions for receiving a plenary indulgence for doing any of the prescribed works we just learned. Each one is this trinity of conditions also adds has the bonus of adding to our Lenten journey. They are:

One sacramental confession suffices for gaining several plenary indulgences, but a separate Holy Communion and separate prayer for the intentions of the Holy Father are required for each plenary indulgence. According to the most recent Church guidelines on the subject, “it is sufficient that these sacred rites and prayers be carried out within several days (about 20) before or after the indulgenced act.” Yet “it is, however, fitting that Communion be received and the prayer for the intention of the Holy Father be said on the same day the work is performed.”

Of course, it should go without saying but the manual also reminds, you must be baptized and in the state of grace at the time. And have that “interior disposition of complete detachment from sin, even venial sin.” Otherwise, the indulgence becomes partial, not plenary. And have at least a general intention to gain the indulgence. You can’t receive an indulgence unintentionally or by accident.

If any part of the requirements is missing, the indulgence becomes partial. How partial? Heaven makes the determination of the degree of the partial indulgence. We try for the best.

Again, the Church does not leave out those who legitimately can’t fulfill all the conditions, like shut-ins. The manual has answers and aids. Later the Holy See office also reminded, “For the sake of those legitimately impeded, confessors can commute both the work prescribed and the conditions required (except, obviously, detachment from even venial sin).”

Think about it. What a wonderful Lenten practice to try to gain as many plenary indulgence as possible for those in need in purgatory (the only living person you can apply a plenary indulgence to is only yourself). Start with your closest relatives and friends. Relatives of those you know. The most abandoned soul there. The most abandoned priest, nun, husband, wife, teenager. Someone from your parish who you did not know personally. Not sure who to apply it to? Then let Our Blessed Mother make the choice, letting her pick out the soul. The possibilities are countless.

And the rewards for yourself — growing spiritually from these practices, and determining and praying to stay detached from even venial sin — will make this Lent something you and heaven will cheer.