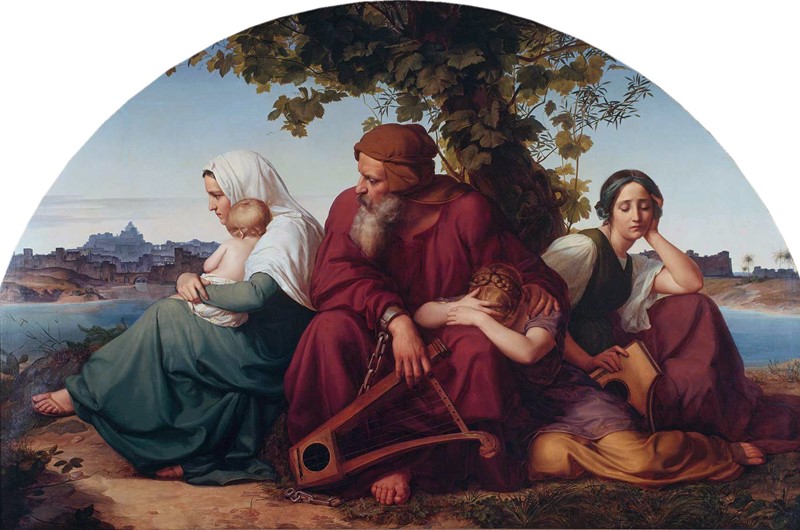 In the traditional Roman calendar, this Sunday is called Septuagesima, which is Latin for "Seventieth".

While not exactly 70 days before Easter—it's actually 63—the number is symbolic, representing the 70 years of exile the Israelites spent captive in Babylon after Solomon's Temple was destroyed by after the Jewish-Babylonian War. The three Sundays of the Septuagesima season— Septuagesima, Sexagesima ("sixtieth") and Quinquagesima ("fiftieth")—are all named from their numerical reference to Lent, which is called Quadragesima ("fortieth"). The 40 days of Lent—which, again, end up being 46 days—are symbolic of the 40 days Jesus spent in the desert before He began His public ministry.

Septuagesima is considered a pre-Lenten opportunity to get our spiritual ducks in a row and prepare ourselves mentally and spiritually for the (hopefully) earnest sacrifices and repentance that Lent brings. Or, rather, used to bring. Obligatory Lenten sacrifices got notoriously more lenient after Vatican II, which also did away with the entire season of Septuagesima, sadly. But nothing says we can't kick our spiritual practices up a notch and dive head first into this penitential season with gusto. In fact, "con gusto"  in Spanish literally means "with pleasure", and isn't that how we do things for our Beloved Lord? We practice mortification, sacrifice, and ascesis with pleasure for the One we love.

As Dom Prosper Gueranger says in The Liturgical Year,

The words Quinquagesima, Sexagesima, and Septuagesima, tell us of the same great Solemnity as looming in the distance, and as being the great object towards which the Church would have us now begin to turn all our thoughts, and desires, and devotion.

Now, the Feast of Easter must be prepared for by a forty-days’ recollectedness and penance. Those forty-days are one of the principal Seasons of the Liturgical Year, and one of the most powerful means employed by the Church for exciting in the hearts of her children the spirit of their Christian Vocation. It is of the utmost importance, that such a Season of grace should produce its work in our souls, — the renovation of the whole spiritual life. The Church, therefore, has instituted a preparation for the holy time of Lent. She gives us the three weeks of Septuagesima, during which she withdraws us, as much as may be, from the noisy distractions of the world, in order that our hearts may be the more readily impressed by the solemn warning she is to give us, at the commencement of Lent, by marking our foreheads with ashes. 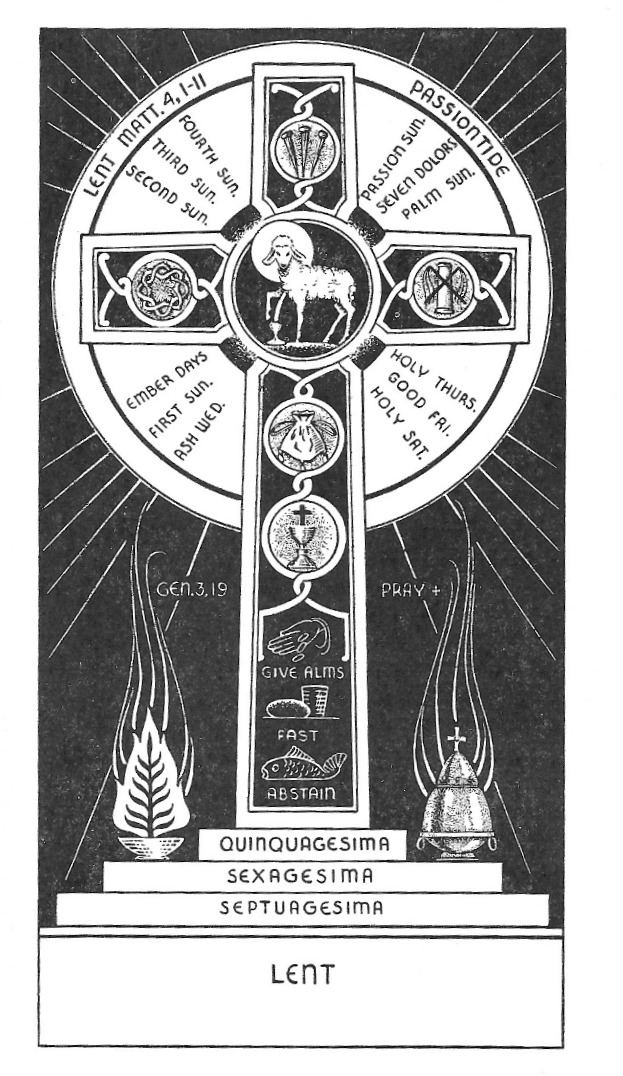 There are two times: one which is now, and is spent in the temptations and tribulations of this life; the other which shall be then, and shall be spent in eternal security and joy. In figure of these, we celebrate two periods: the time ‘before Easter,’ and the time ‘ after Easter.’

That which is ‘ before Easter,’ signifies the sorrow of this present life; that which is ‘after Easter’ the blessedness of our future state.

Hence it is, that we spend the first in fasting and prayer; and in the second, we give up our fasting, and give ourselves to praise.”

According to the tradition and teaching of the Church, the interpreter of the Sacred Scriptures, these two times of St. Augustine correspond to two places: Babylon and Jerusalem.

Babylon is the image of this world of sin, in the midst whereof the Christian has to spend his years of probation; Jerusalem is the heavenly country, where he is to repose after all his trials. The people of Israel, whose whole history is but one great type of the human race, was banished from Jerusalem and kept in bondage in Babylon. Now, this captivity, which kept the Israelites exiles from Sion, lasted seventy years; and it is to express this mystery, as Alcuin, Amalarius, Ivo of Chartres, and all the great Liturgists tell us, that the Church fixed the number of Seventy for the days of expiation.

We are sojourners upon this earth; we are exiles and captives in Babylon, that city which plots our ruin. If we love our country, — if we long to return to it, — we must be proof against the lying allurements of this strange land, and refuse the cup she proffers us, and with which she maddens so many of our fellow captives. She invites us to join in her feasts and her songs; but we must unstring our harps, and hang them on the willows that grow on her river’s bank, till the signal be given for our return to Jerusalem. (Psalm 115) She will ask us to sing to her the melodies of our dear Sion: but, how shall we, who are so far from home, have heart to ‘sing the Song of the Lord in a strange Land’? (Psalm 136) No, there must be no sign that we are content to be in bondage, or we shall deserve to be slaves for ever.

These are the sentiments wherewith the Church would inspire us, during the penitential Season, which we are now beginning. She wishes us to reflect on the dangers that beset us, dangers which arise from our own selves, and from creatures. During the rest of the year, she loves to hear us chant the song of heaven, the sweet Alleluia; but now, she bids us close our lips to this word of joy, because we are in Babylon. We are ‘pilgrims absent from our Lord’ (2 Cor 5:6); let us keep our glad hymn for the day of his return. We are sinners, and have but too often held fellowship with the world of God’s enemies; let us become purified by repentance, for it is written that ‘praise is unseemly in the mouth of a sinner’. (Ecclesiasticus 15:9) 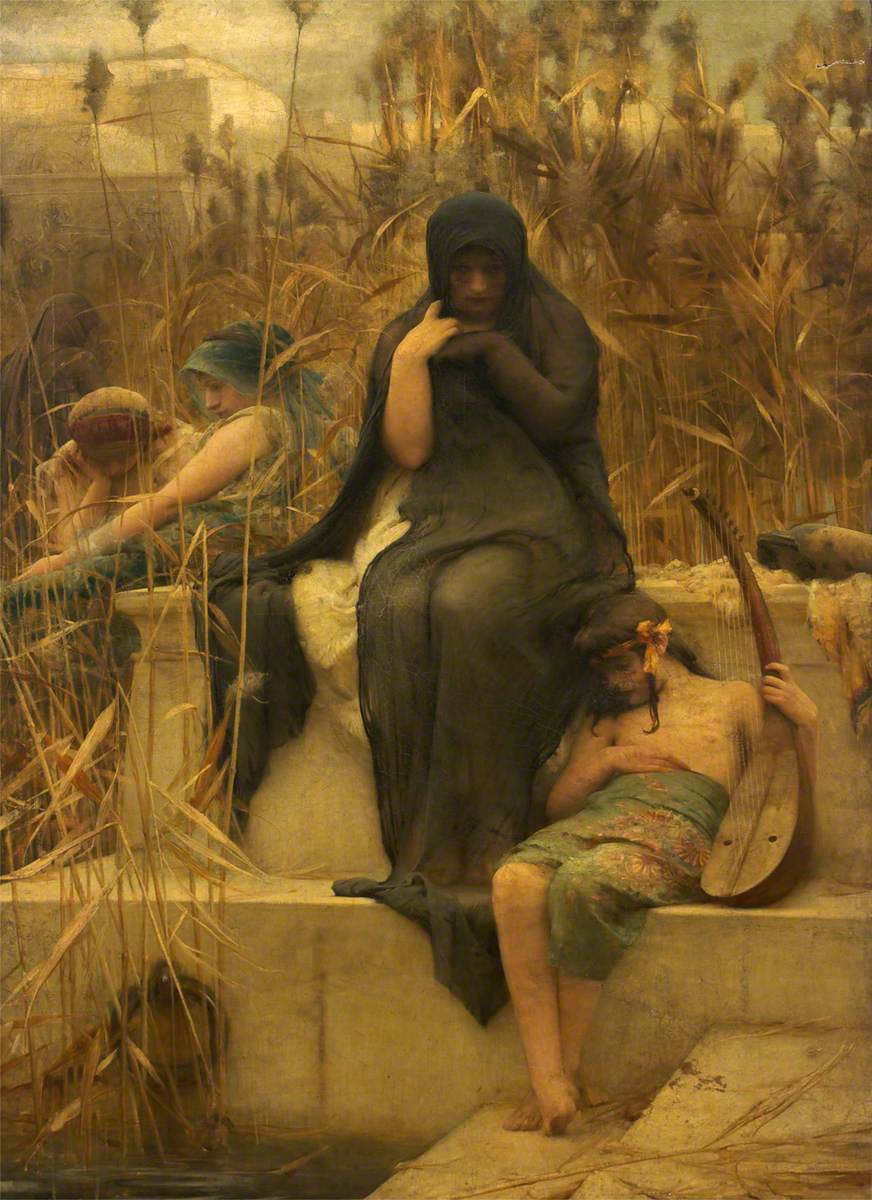 One of the ancient practices that coincided with Septuagesima was the burying of the Alleluia. Like, people literally buried the printed word, "Alleluia". Some are reviving this fun practice, a symbolic act tied to a spiritual reality.

"Alleluia" is last sung at First Vespers of Septuagesima. We don't hear it at all during Lent until The Easter Vigil on Holy Saturday. Why? Because we are going into exile... as we read in Psalm 137:

By the rivers of Babylon—
there we sat down and there we
wept
when we remembered Zion.
On the willows there
we hung up our harps.

For there our captors
asked us for songs,
and our tormentors asked for
mirth, saying,
“Sing us one of the songs of
Zion!”

How could we sing the LORD’s
song
in a foreign land?

If I forget you, O Jerusalem,
let my right hand wither!
Let my tongue cling to the roof of
my mouth,
if I do not remember you,
if I do not set Jerusalem
above my highest joy.

Although the word "Alleluia" means "praise the Lord", and we can and should praise the Lord in all times of our lives—no matter if they be happy or sad, difficult or carefree—the Church has deemed it appropriate to bury the Alleluia during the Septuagesima and Lenten season so that when we celebrate the Resurrection, the sound of the Alleluia rings in our ears with a joy appropriate for the occasion.

How can we sing the Lord's song in a foreign land? 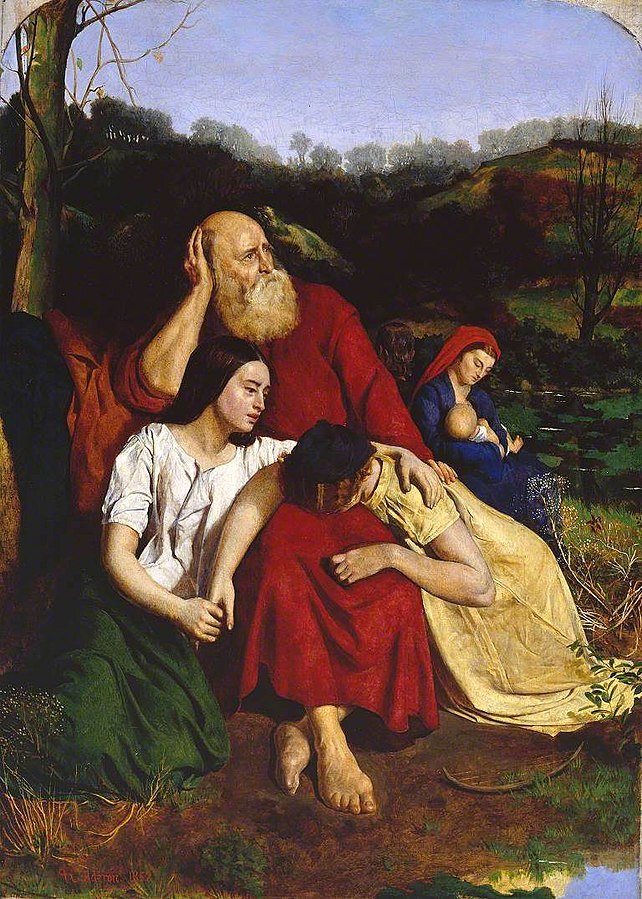 So many feel that Lent comes quickly and ends in a flash, giving them barely time to give any thought to their Lenten practices and mortifications. This blessed season of Septuagesima gives us that and so much more.

It sets a somber, mournful scene, gives us time to enter into the penitential spirit of the Church, to grow in holy fear of God, think on our sins and how we have hurt the One who loves us most, recognize our need for His mercy, and give thanks for the gift that is our salvation, brought about by the spilling of His Sacred Blood.

This holy season reminds us that this world is not out home, that we, too, are exiles in a vale of tears, and that, someday, we hope to join our Lord in the New Jerusalem, where we can sing the Lord's song, with a hearty and heartfelt 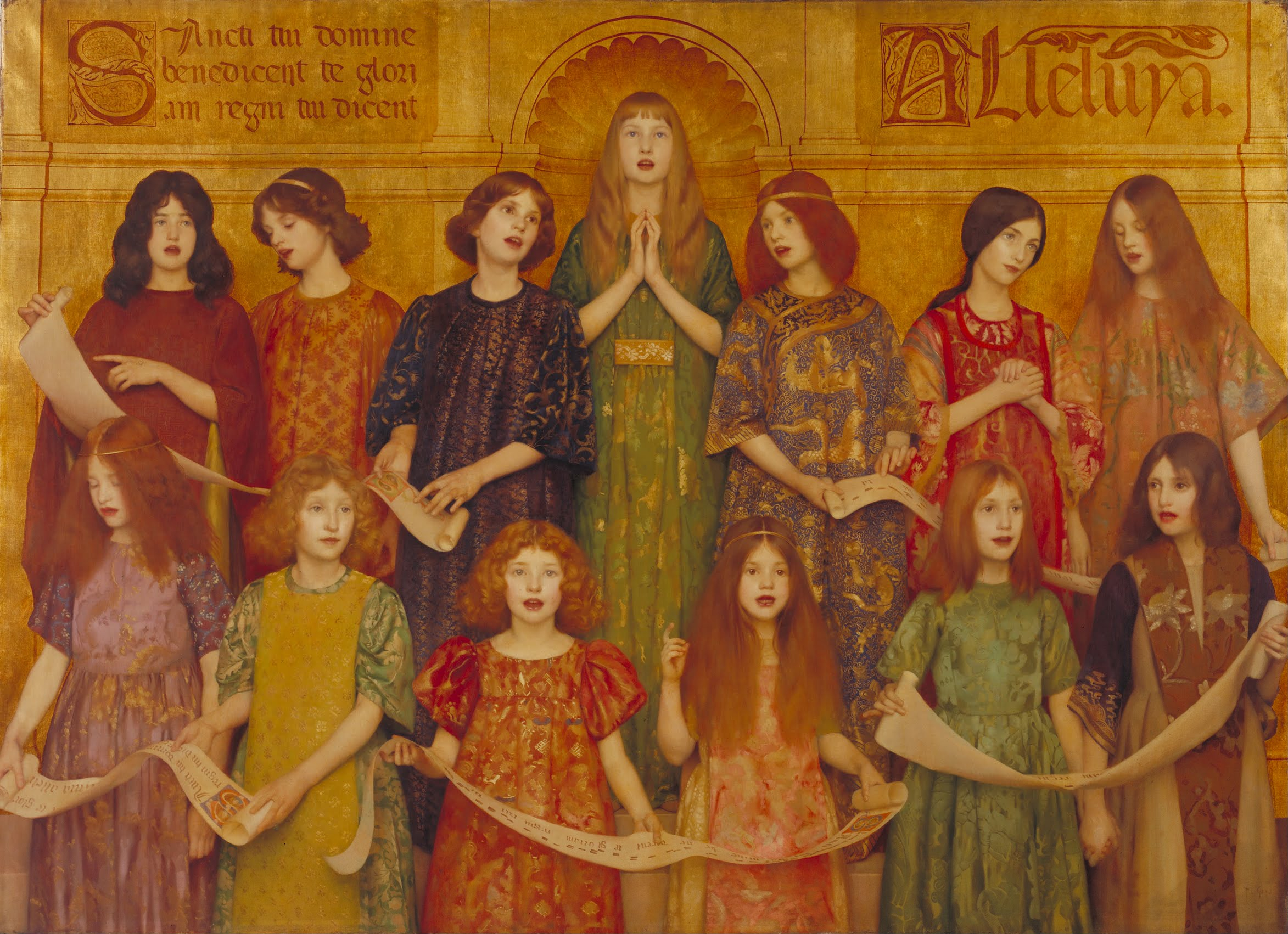