Zealous for the Lord 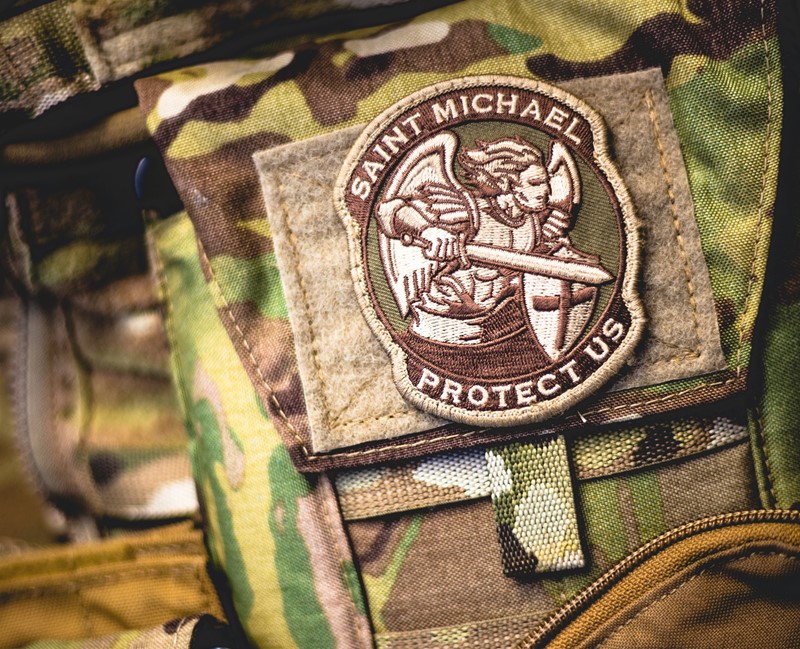 "With zeal have I been; zealous for the Lord; God of hosts.” - Carmelite motto

Zeal.  Love in action.  Fervent and passionate and intense—in a spiritual sense, it is inspired by the love of God.  In an age of religious tepidity and indifference, in a time of lax and lukewarm leadership, we the faithful are called to act with boldness, to fill voids with clarity and righteousness, to defend what is good and true and beautiful and to do it without timidity or hesitation.  To be offended by what offends God. We are called to be zealous.

Think of St. Catherine of Siena looking the Pope in the eye and reminding him of his own promise to return to Rome, or St. Thomas More standing up to King Henry VIII, ready to “lose goods, land, and life as well, rather than to swear against my conscience,” as he wrote to his daughter Meg from prison.  Think of St. Teresa of Avila traversing Spain, raising eyebrows and alarm, and through her reform, challenging the Carmelite establishment that had come loose from its ascetical moorings.

Zealous for the Lord.  Filled with a fervency and a fire that desires to see God glorified and souls saved, and a righteous indignation in the face of everything that threatens the kingdom Christ came to establish.  We should be ready to take up arms against the idols in the Vatican or a disappointing dearth of teaching around the True Presence or the sanctity of life and marriage.  We may feel the blows of a direct attack against us when we do speak out.  We may feel wronged and denied, and rightly so.

Let’s tread carefully here, though.  Where do we fight the battle?  The saints have a few things to say about this because we are entering a territory that is dangerously close to enemy lines, and the place of true combat is surprisingly much closer to home than we might think.

St. Benedict warns about a wrong turn in the road of righteousness which he calls the “zeal of bitterness.”  Focused outwardly on the faults of others, fed on wounds and resentments and deep-seated pain, this kind of zeal is so misplaced that we will find ourselves doing the enemy’s work for him. It can be a subtle shift, this slipping into anger and bitterness or even wrath or hatred in the face of what is clearly—to us—wrong.

But holy zeal will fall to its knees and to a posture of prayer, fasting, and reparation.  Because the battle is fought and won within.

St. Teresa of Avila likewise warned her nuns about the dangers of a kind of spiritual pride and a type of self-righteous indignation that looks at the problems and the solution as being entirely outside of oneself.  She wrote a letter to her sisters, the Carmelites in Seville, who were undergoing a severe and unjust trial imposed on them from above, urging, “Prayer, prayer, my sisters!  And now let your humility and obedience shine forth.”  In 30 Days with St. Teresa of Avila,  Dan Burke and Dr. Anthony Lilles offer a reflection on that advice to her suffering community as “a commander who communicates a compelling strategy.”

“Her strategic goal is not of this world,” they say.  “Her tactics are counterintuitive.  She does not direct a political or social attack on her foes.  She does not promise sudden liberation from the oppressive forces of this world. Instead, she leads them into a spiritual battlefield…she invites her community to claim this victory which has already been won.  Prayer is more powerful than politics; and in severe trials, the greatness of our religion reigns.”

Ultimately, evil and injustice are bound and gagged by our own sanctity.

Turning within ourselves and putting to death everything wrong and disordered in our own hearts is the only way to true peace and righteousness in our souls and our world.  It gives God something to work with—a space within, empty of self, where He can enter the world and put things to right.  And that might very well mean moments of boldness and clarity and public humiliation, but it will be our interior calm which will make the zealous words and acts fruitful and effective because they will come from a spring of humility and charity which is life-giving and not bitter and dry.

There are few moments in history when the world was clenched in as much injustice and evil as during the mass murder of Jews and Catholics and other peoples by the Nazi regime.  There were few times when righteous indignation was more called for—and few times when it was more dangerous to speak out against evil.  One word and your life, and the lives of others, were marked for extinction.  When the Dutch bishops spoke out against the Nazis, the kickback was swift and fierce.  Jewish Catholics in Holland were pulled out of their convents and rectories without warning and sent to their death within days.  St. Edith Stein was one of them.   Instead of being overcome with anger and hatred—which on a natural level would have been understandable—she drew on her inner resources and found the strength to “go for our people.”  She had offered herself as a victim to end the war—and she carried her cross with dignity and bore it with grace.  And no army was more effective and no battle more brilliant and no commander more zealous.  We will never know the power of that one great act of sacrifice this side of heaven.

Another Jewish woman, Etty Hillesum, whose paths crossed with Edith Stein at the Dutch camp of Westerbork while the nun was on her way to Auschwitz, also found the way to true liberation and peace not through anger, but through constant prayer and self-sacrifice.  Weekly from Westerbork, Etty would watch trains carry away men, women, children — waving goodbye from between the broken slats of the cattle cars—as they headed to their death in Poland.  “The sky is full of birds…the sun is shining on my face—and before our eyes, mass murder.  The whole thing is simply beyond comprehension,” she wrote.

In September of 1943, her turn would come, too, and she would face it with supernatural courage.  She felt deeply that her duty in those dark days was to “bear witness” but the witness was not with her fist in the air but with her faith in God.

Etty wrote in her diaries when the persecution of the Jews was reaching its height that “each of us must turn inward and destroy in himself all he thinks he ought to destroy in others.”  She reflected: “And the absence of hatred in no way implies the absence of moral indignation…I know those who hate have good reason to do so.  But why should we always have to choose the easiest and cheapest way?  It has been brought home forcibly to me here (in Westerbork) how every atom of hatred added to the world makes it an even more inhospitable place.  And I also believe, childishly perhaps but stubbornly, that the earth will become habitable again only through the active love that the Jew Paul described to the citizens of Corinth in the thirteenth chapter of his first letter.”

Love is patient and kind, love is not jealous or boastful; it is not arrogant or rude.  Love does not insist on its own way; it is not irritable or resentful; it does not rejoice at wrong, but rejoices in the right.  Love bears all things, believes all things, hopes all things, endures all things. (I Corinthian 13:1-7)

If you feel that the time has come for boldness and courage and zeal, if you believe that you are here “for such a time as this” and if offenses against the Christ and the Church and the Eucharist cause you to want to shake off the crumbs of complacency and join the battle for souls, then praise God and let’s get to work.  But let’s take up the battle within first and foremost—the fronts of this fight are just beyond our own brokenness—and clear a very big space inside for the torrents of divine love we’ll need to win the war.