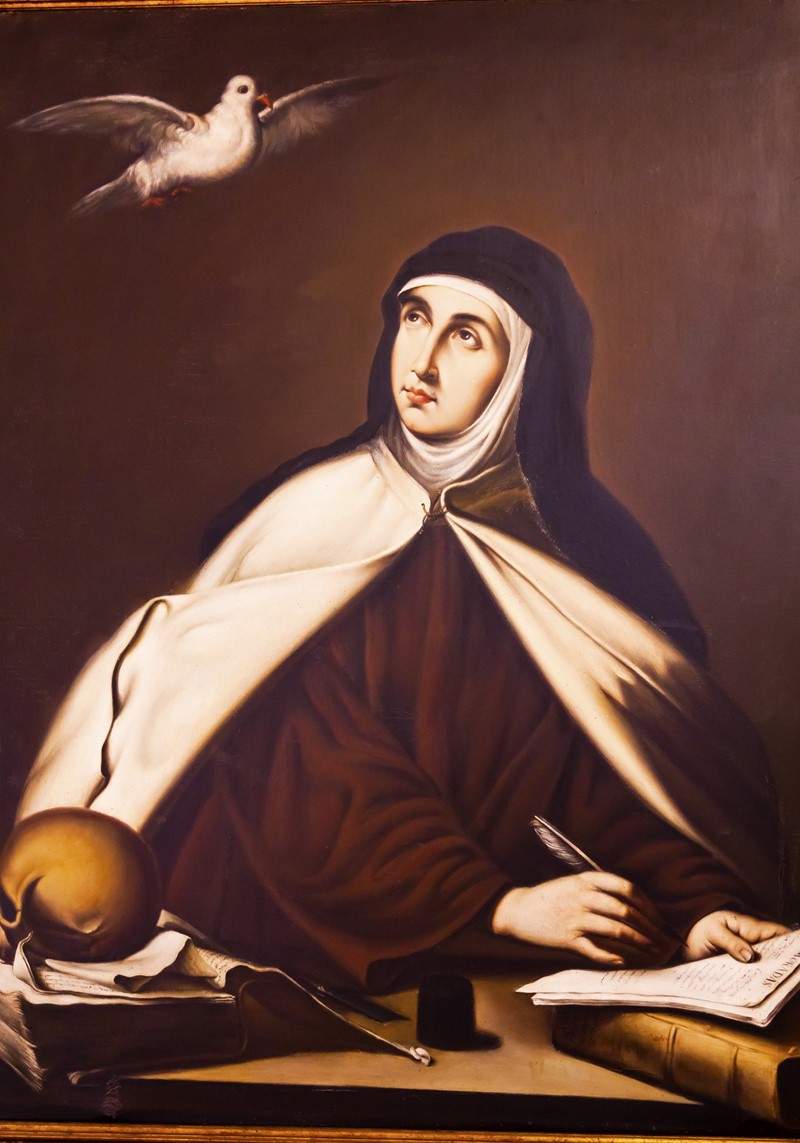 The word "contemplation" in Catholic tradition was used very broadly until the Carmelite reform of Sts Teresa of Avila and John of the Cross in the 16th century. As they, along with St. Therese, have been elevated to doctors of the Church, their teachings on these matters have carried more weight and thus the definition of "contemplation" has come to be more commonly understood in a way that is more consistent with their teaching. Because the Apostoli Viae community is rooted in Carmelite tradition, we use the word "contemplation," in the same way. Further, when we use the term we generally seek to reserve it for the purpose of describing God's action as in the phrase "Infused Contemplation" to avoid common confusion between the phase of prayer wherein our effort is prominent (e.g. meditation in the purgative way) and the phases where God is the primary actor in our life of prayer (e.g. contemplative prayer in the Illuminitive and unitive ways). Thus, the following is the definition of "contemplation" that we embrace and that is consistent with Carmelite tradition.

INFUSED CONTEMPLATION: An infused supernatural gift, that originates completely outside of our will or ability, by which a person becomes freely absorbed in God producing a real awareness, desire, and love for Him. This often gentle or delightful and sometimes non-sensible encounter can yield special insights into things of the spirit and results in a deeper and tangible desire to love God and neighbor in thought, word, and deed. It is important to note that infused contemplation is a state that can be prepared for, but cannot in any way be produced by the will or desire of a person through methods or ascetical practices.

Accordingly when we speak of contemplative prayer in the Apostoli Viae community, we seek to avoid speaking of it in terms of something we do, as in "I contemplate" or "I do contemplative prayer," I practice contemplative prayer," or "I enter into contemplation. All of these kinds of expressions tend to distort the authentic meaning and can cause confusion among the faithful. Instead, we speak of our times of prayer in a more simple way and avoid the common conflation in our time between contemplation and meditation. If we want to express what we do we can rightly say, "I enter into mental prayer," "I enter into deep prayer," or something like that. These latter kinds of expressions properly emphasize what we can do as opposed to that which only God can do, and by His grace, desires to do in those who draw near to Him.