St Edith Stein, Pray for Us 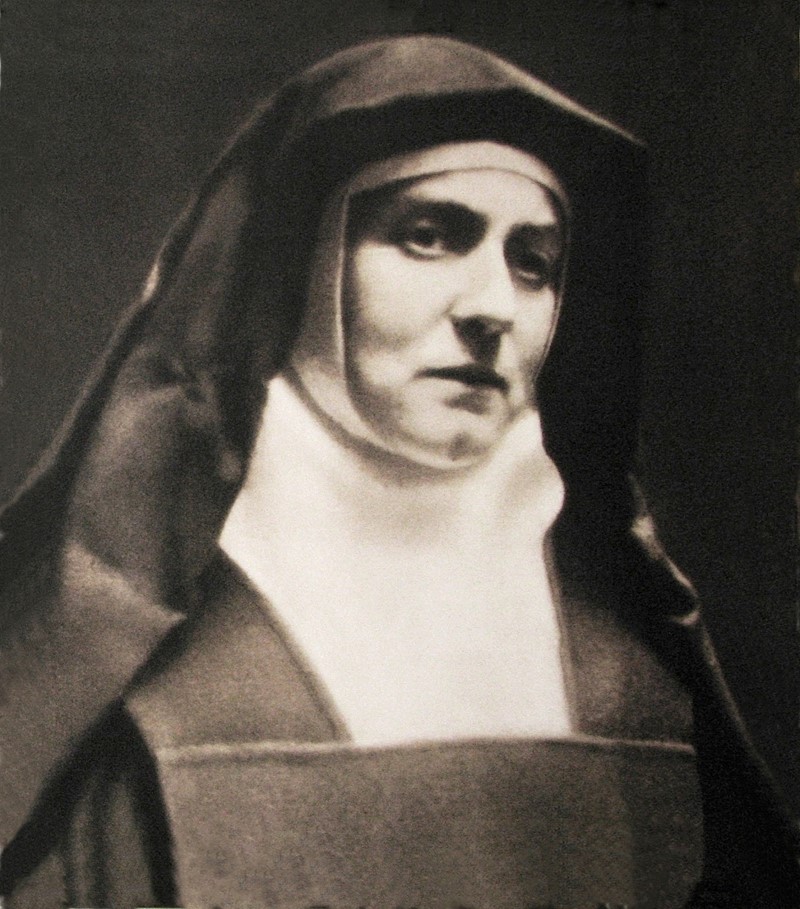 The deeper a soul is bound to God, the more completely surrendered to grace, the stronger will be its influence on the form of the church. Conversely, the more an era is engulfed in the night of sin and estrangement from God the more it needs souls united to God.

St Teresa Benedicta of the Cross was born Jewish, lapsed into atheism, and eventually converted to Catholicism and became a Carmelite nun. She lived during the Holocaust, during which Jewish-born converts to Catholicism were regularly hunted down and sent to concentration camps. That is what happened to her.

Teresa Benedicta's congregation sent her and her sister (also a convert and a Carmelite tertiary) to the Netherlands for their safety.

Reading the signs of the times, even before the Nazis occupied the Netherlands, Teresa Benedicta began to mentally and physically prepare for the inevitable. On June 9th, 1939, 3 years before her martyrdom, she wrote,

"I beg the Lord to take my life and my death … for all concerns of the sacred hearts of Jesus and Mary and the holy church, especially for the preservation of our holy order, in particular the Carmelite monasteries of Cologne and Echt, as atonement for the unbelief of the Jewish People, and that the Lord will be received by his own people and his kingdom shall come in glory, for the salvation of Germany and the peace of the world, at last for my loved ones, living or dead, and for all God gave to me: that none of them shall go astray."

She requested permission of her Prioress to allow her to offer herself to the heart of Jesus as a sacrifice of atonement for true peace. When the Nazis invaded the Netherlands in Mary 1940, Teresa Benedicta began quietly training her body to endure cold and hunger, in preparation for the concentration camp.

On July 20, 1942, the Dutch Bishops publicly condemned the racism of the Nazis. Six days later, the Nazis ordered the arrest of all Jewish converts to Catholicism, including Teresa Benedicta and her sister.  They, and 243 others, were sent to a variety of concentration camps. Teresa and her sister eventually ended up at Auschwitz.

Through it all, Teresa Benedicta exuded calm and surrender to God's divine Providence, so much so that a Dutch official was so impressed, he offered her the chance to escape.

"If somebody intervened at this point and took away my chance to share in the fate of my brothers and sisters, that would be utter annihilation."

St Teresa Benedicta of the Cross, pray for us that, should God give us the opportunity to offer our lives or our livelihood in atonement for the sins of others, that we might do so as heroically and peacefully as you did, a mere lifetime ago.