Assumption of the Most Blessed Virgin Mary 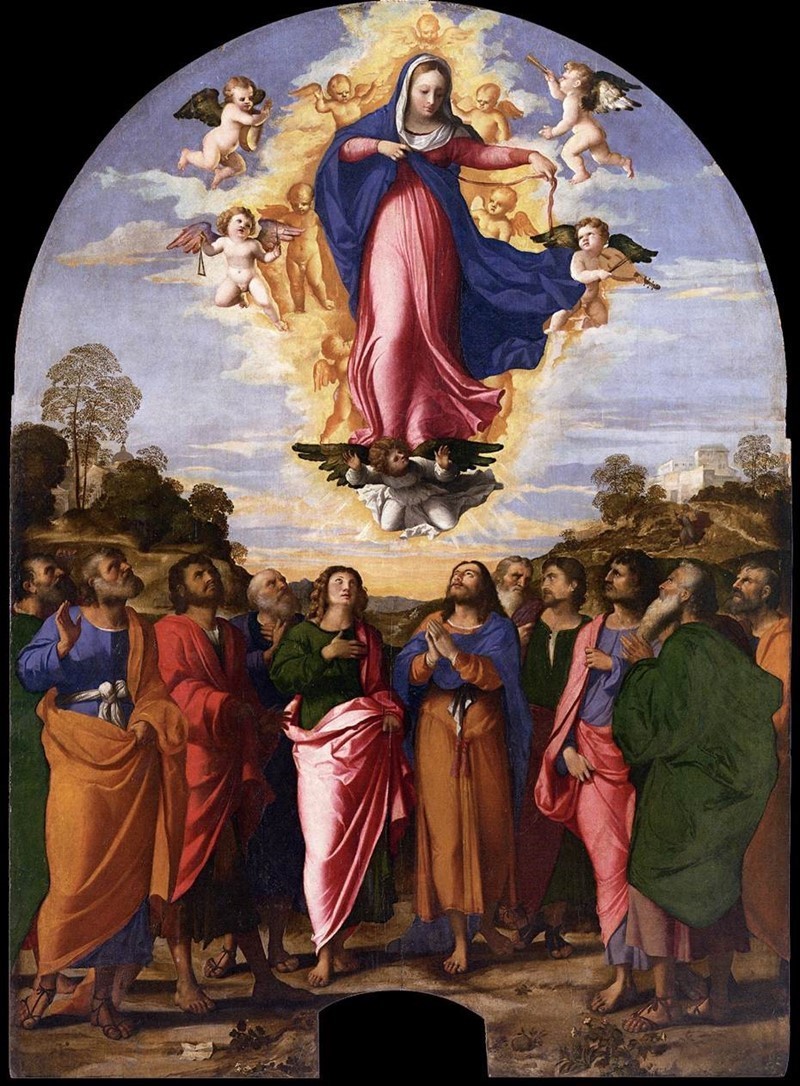 Thou wilt not leave my soul in hell:
nor wilt Thou give Thy holy one to see corruption.
--Psalm xv. 10

On the third day after Mary's death, when the apostles gathered around her tomb, they found it empty. The sacred body had been carried up to the celestial paradise. Jesus Himself came to conduct her thither; the whole court of heaven came to welcome with songs of triumph the Mother of the divine Word. What a chorus of exultation! Hark how they cry,

"Lift up your gates, O ye princes, and be ye lifted up,
O eternal gates, and the Queen of glory shall enter in."

Why was Mary's body received into heaven instead of remaining in the earth, like the rest of mankind? The grave had no power over one who was immaculate. Her flesh could not see corruption. Her body had been overshadowed by the Holy Ghost; it had been the sacred temple in which had dwelt God Incarnate, and so it had a claim to ascend whither the body of her Son had already gone before.

But the chief reason was that as she had shared in each detail in the sorrows and agony of her Son, so it was right that she should take part in His triumph. To her it was due that she should without delay enter into the joy of her Lord, her Son, her God. Oh, happy Mary! what were all her dolors compared with the joy of that first moment of heaven! How light are all our sorrows compared with the eternal weight of glory prepared for us!

See the Virgin Mother rise,
Angels bear her to the skies!

Dom Prosper Gueranger, in his masterpiece, The Liturgical Year, says of this day:

No other solemnity breathes, like this one, at once triumph and peace; none better answers to the enthusiasm of the many and the serenity of souls consummated in love. Assuredly that was as great a triumph when our Lord, rising by his own power from the tomb, cast hell into dismay; but to our souls, so abruptly drawn from the abyss of sorrows on Golgotha, the suddenness of the victory caused a sort of stupor to mingle with the joy of that greatest of days. In presence of the prostrate Angels, the hesitating Apostles, the women seized with fear and trembling, one felt that the divine isolation of the Conqueror of death was perceptible even to his most intimate friends, and kept them, like Magdalene, at a distance. 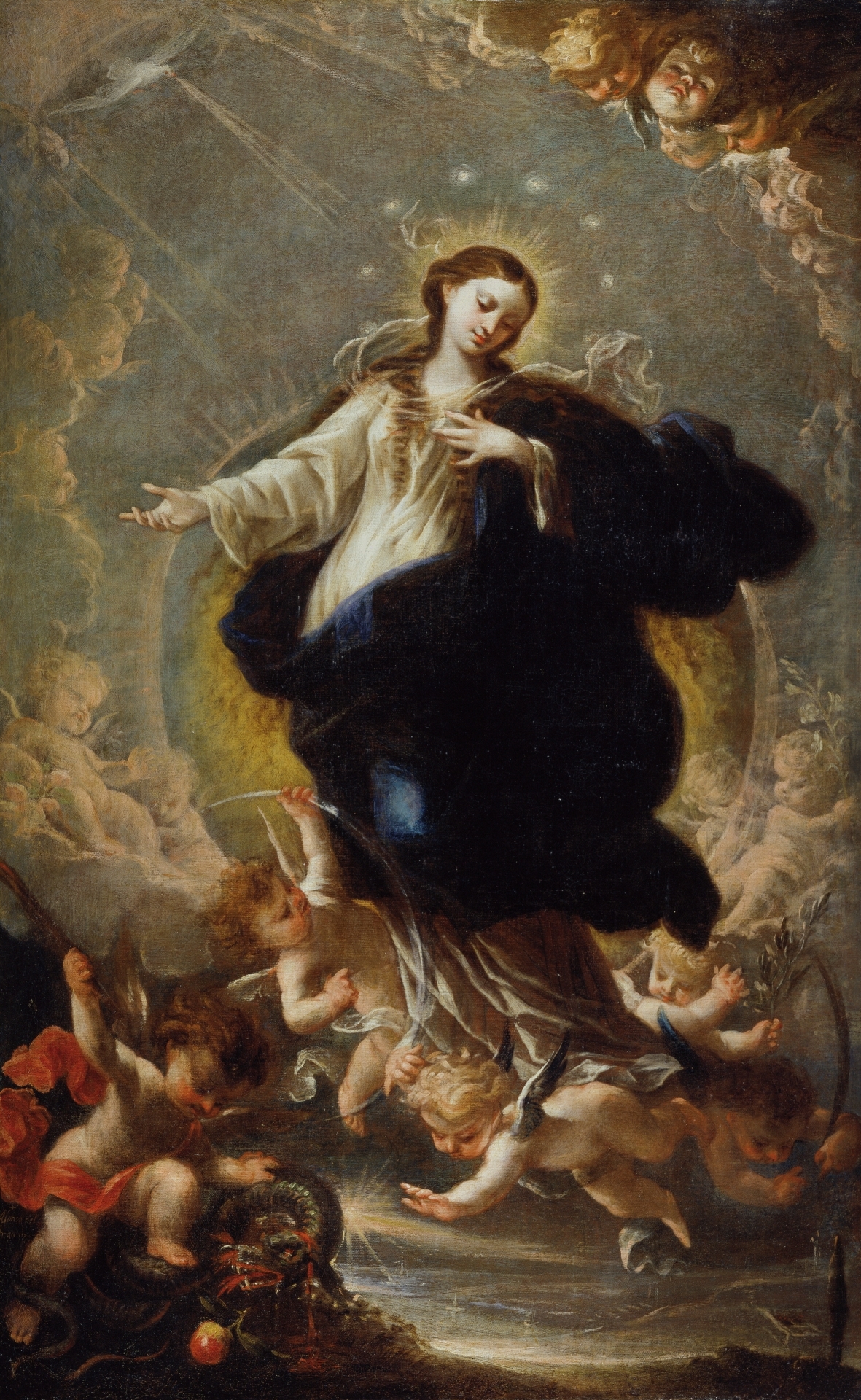 Mary’s death, however, leaves no impression but peace; that death had no other cause than love. Being a mere creature, she could not deliver herself from that claim of the old enemy; but leaving her tomb filled with flowers, she mounts up to heaven, flowing with delights, leaning upon her Beloved. Amid the acclamations of the daughters of Sion, who will henceforth never cease to call her blessed, she ascends surrounded by choirs of heavenly spirits joyfully praising the Son of God. Nevermore will shadows veil, as they did on earth, the glory of the most beautiful daughter of Eve. Beyond the immovable Thrones, beyond the dazzling Cherubim, beyond the flaming Seraphim, onward she passes, delighting the heavenly city with her sweet perfumes. She stays not till she reaches the very confines of the Divinity; close to the throne of honor where her Son, the King of ages, reigns in justice and in power; there she is proclaimed Queen, there she will reign for evermore in mercy and in goodness.